Doug Pollock is committed to guiding God’s people into outward focused living. He is an author, a speaker, a YMCA chaplain, and an affiliate of Athletes in Action whose focus is to help Christ followers worldwide increase the quantity and the quality of their spiritual conversations in practical, doable, and authentic ways.

Over the years Doug’s ministry endeavours have taken him to 42 different countries and throughout most of the United States to share God’s never-changing message with an ever-changing world. Currently, his “God Space” book and workshop keep him busy speaking in faith communities worldwide.

Doug has an undergraduate degree from Kent State University, and graduate degrees from Miami of Ohio, and Columbia International University. He loves to hang out in local coffee shops, play high-level table tennis and describes himself as a “Carpe Diem kind of a guy”. His wife Martha, and their two sons David and Jonathan make their home near Cincinnati, Ohio.

I grew up in a home where sleeping in on Sunday morning was not an option. However, I could not understand why my parents thought religion was so important. How could they expect me to believe in something I couldn’t see; and put my trust in a book that was written thousands of years ago? As far as I was concerned they had to be three fries short of a happy meal.

These reflected some of my attitudes towards Christianity during the first 20 years of my life. To me, Christianity seemed more like a concentration camp because it caged me in and prohibited me from having any real fun in life. I partially resolved this torture by using the Dr Jekyll and Mr Hyde routine. Around my parents, I did my best to be the fine young Christian son they wanted me to be; but when I stepped out with my friends I was transformed into the kind of guy no mother could trust her daughter with. On the weekends, I always attempted to be the wildest guy at the parties by drinking the most, rolling the biggest joints, or by pulling the craziest stunts. My dating life reflected the popular locker-room attitude of how much can you get rather than how much can you give.

After graduating from high school, I attended a branch campus of Kent State University where I lettered in basketball and tennis. With only 1200 hundred students on campus, my popularity, as well as my ego, grew with my success in athletics. I perceived myself as having it all together.

It was time for my bubble to be burst and the girl I had been dating for 2 1/2 years had the pin to do it with. She had the audacity to tell me she wanted to go out with other guys. This prompted me to take a serious look at myself. For the first time, I realized that my life was a lot like a hot air balloon; colourful on the outside but empty on the inside.

When I returned to Kent State for the second semester of my junior year, a Christian group on campus was sponsoring a talk on guy/girl relationships. I was no dummy! I figured the least I could do after striking out was to check it out. That night I heard some things that made sense to me for the first time. I began to realize that my sole source of happiness came from external things such as sports, girlfriends, and material things. Internally speaking, these things brought momentary satisfaction but no true lasting fulfilment. For the first time, I felt insecure because my whole life was built on things that could be taken away. I think the philosopher Pascal summed up my situation best when he said: “that within every man and woman is a God-shaped vacuum that only God can fill.”

After recognizing this truth, I began to seek God intensely by reading Christian books, studying the Bible, praying, and asking committed Christian’s questions about their faith. During the next couple of months, most of my intellectual conflicts with Christianity were dealt with. Now it was time for a heart transplant! In the quietness of my room one night, I invited the living Christ to forgive me for my sins and to make me the kind of man He wanted me to be. During the next couple of weeks and until this very day, I have seen a progressive transformation of my life from the inside out. Christ gave me a new direction and purpose for life. I could now enjoy life without altering my state of consciousness. By God’s strength, I was able to turn from my pattern of sexual conquest and remain sexually pure until marriage. My relationship with my parents steadily grew more intimate as I no longer had to hide my lifestyle from them. God gave me a new motivation to go to school and apply the mind He had given me. Looking back now, I realize that I did not give my life to God that night but I received a whole new life from Him. It took me 20 years to realize that Christianity is not a religion or a bunch of rituals and traditions; it’s a personal relationship between God and me through Jesus Christ. It was in 1979 A.D. that I came to realize that Christ wasn’t dead but alive. 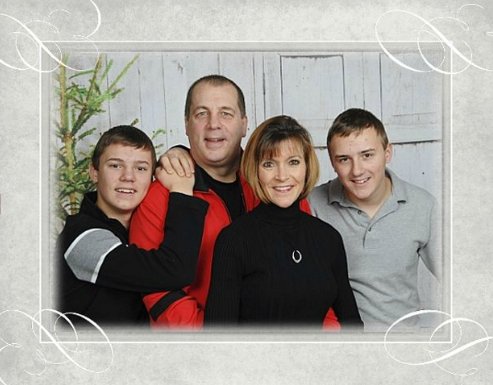 … God’s love is demonstrated in practical, doable, and authentic ways.

… the natural gives way to the supernatural

… seeds of faith are cultivated, planted, watered, and nurtured

… gentleness and respect are present and judgment is absent

… the invisible principles of God’s kingdom are made visible in tangible ways people can see, touch, and feel

… safe space is created for cynics, sceptics, and spiritually curious people to raise their questions, express their doubts, and vent their frustrations